How to prevent and handle tantrums?

Today, I share another tantrum related letter from a mom, who asked my advice on how to handle her son’s aggressive behaviour. He is 18 months old and when he throws a tantrum, he kicks, hits and throws things at mom and other people. Mom is thinking to put her son into his room whenever he has a tantrum so that he can’t hurt himself or anyone else.

Listen to my podcast or read the letter and my advice below.

*The free membership that I mentioned in this video is currently not available.*

My 18-month-old son has tantrums, hits me (but not his Dad) throws things at me and he even hits other people; I feel so embarrassed. No matter what I do he doesn’t stop. I think that if he see’s me or anybody whilst in the midst of a paddy it makes him worse so I'm thinking of removing him from being around anybody and putting him in his bedroom with his toys not as a punishment just so he can distract himself when he wants too and so he cannot hurt himself or anybody else, do you think this would be a good idea before we try it as I don’t want him thinking his room is a place he goes when he is in trouble and he won’t go to bed?

Any other advice would be appreciated, i’ve had 2 other boys and none have been this bad.

My advice would be that if your son throws a tantrum, take him away from the situation if you can (if you can’t, just make sure that he doesn’t have the opportunity to hurt himself or others with anything). What you want to achieve here is that your son will have a quiet area without too much stimulation going around such as noises (from radio, tv) or other people, cars etc. so that he can calm down quicker and changing the environment might distract him a little as well.

For example, if he throws a tantrum in the kitchen, you might want to take him to another room, or if he throws a tantrum at the playground, you might wish to move him away from the children. So when you find the right spot, stay there with him but try not to talk to him until he calms down a bit. It depends on the situation of course, but I would not touch, hug or kiss him at this stage; most of the children don’t like physical contact during tantrums, it can make things worse.

By taking him away, we ensure that he doesn’t hurt anyone, and you can sit or stand next to him, not so far but out of his reach. If he still somehow manages to hurt you or others, react immediately by addressing the situation and telling him that it hurts and he should say sorry to the person and you can even ask him to give a kiss or a pat to the person he hurt. If he doesn’t do it, you can show him how to and what to say. Try to be consistent, so whenever he hurts someone or something you need to respond.

How to calm toddler tantrums?

In case of a tantrum, ensure that your son has a quiet place to calm down. Also, make sure that he cannot reach anything that he can either play with or kick and throw.

Talk when he really listens

In the middle of a tantrum, children are at such a state, when they cannot or don't want to listen to you and most of them find physical contact (kisses, hugs) irritating. I advise you to wait until your little one calms down and then talk to him and hug him, and not before.

Mom mentioned that she is thinking to put her son into his room when he throws a tantrum so that he could distract himself. I think if she puts him there and allows him to play with his toys, he either:

...but we don’t want to reward or punish tantrums, because tantrums are emotional outbursts. What we need to do is help our children to understand and express their feelings.

The power of distraction

If you think that distraction might work to prevent tantrums, you can do it by using humour or singing, doing some silly things or dancing silly etc. without rewarding him in any way.

If you have the opportunity to let dad cope with his son’s tantrums sometimes, that would be great (you both must deal with tantrums in the same way)

If your son starts hitting, kicking and throwing things you have to react to these immediately! You can explain him in a very simple way (but ‘no’ is not enough because he won’t understand what you mean) why you don’t want him to hurt people and throw objects. Also, you can ask him to say sorry or comfort the person he hurt.

Children at this age are not fully aware of others’ feelings so they don’t even realise if they hurt someone. Therefore, we want to teach them how to behave and react if they hurt someone by telling and showing them what to do. To help your son understand his own and others’ feelings and to express those, you can do a lot of things such as reading a book about emotions or behaviours, acting out these stories, playing imaginative plays such as pretending to take care of babies or animals, pretending that you hurt your foot and show him what you do (you rub it, you kiss it, you put ice on it) or playing with animals and pretending to be a vet etc.

For more tips on how to prevent and handle toddler tantrums, watch this video: 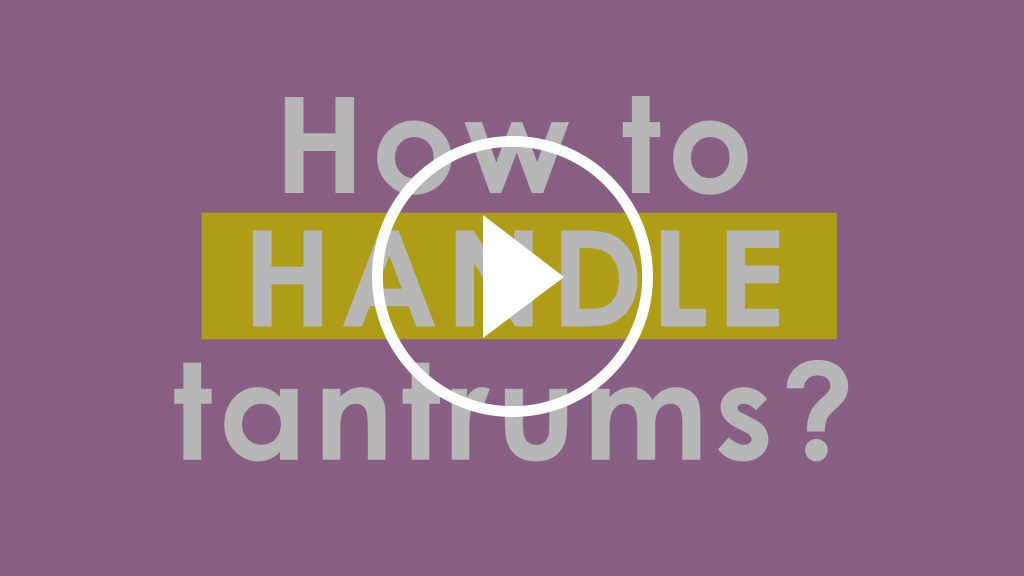 To watch the video, you have to be a member of Wonder Toddlers Club. Join today --> Just click on the video above.

I am constantly looking for inspirations to do podcasts and write blog posts, so if you have any ideas related to parenting toddlers, head over to my Contact page and send me an email.

If you liked this, feel free to share it with your friends and other parents ; )

Thank you again and speak to you next time.

Feel free to share and pin this image below: 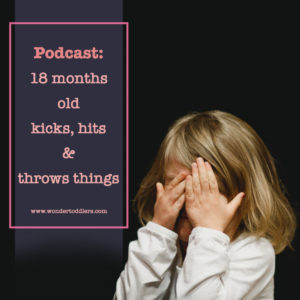 Eva
Hi, it's Eva and I am an Early Years and Parenting Consultant. Here, I am sharing my knowledge about child development and experience in teaching. Have a look around and follow me on SNS to keep in touch!
Previous articleHow to manage aggressive toddler behaviour
Next articleWhy toddlers get aggressive? : Toddler Tantrum Ep.1

How to stay calm and improve your self-control Ep. 1

When you are losing it... Staying calm with your toddler in stressful situations, especially when you have a lot of things going on already, is...
Read more
Podcast

Tips and tricks: How to encourage your toddler to use the toilet at the nursery Listen to my podcast or read the transcript below to...
Read more
Education and Learning

Improve Fine Motor Skills with Taste-safe Sensory Plays Autumn knocked on our door and we let it in with all the smiling and occasionally crying...
Read more
My Reaction to

Teach reception children how to grip a pencil, says Ofsted

Teach reception children how to grip a pencil, says OFSTED The pressure on reception teachers I read a BBC article the other day, which was about...
Read more
My Reaction to

21 months old bites others for no reason

Biting at the age of 21months Hi, it’s Eva and this is the Wonder Toddlers Podcast for parents and early years teachers. Today we are...
Read more
Podcast

How to manage aggressive toddler behaviour

Tips to prevent and manage aggressive toddler behaviour In this episode, I respond to a letter from a mom, who is concerned by her toddler...
Read more
Podcast

Tips and tricks: How to encourage your toddler to use the toilet at the nursery Listen to my podcast or read the transcript below to...
Read more