How to manage aggressive toddler behaviour

In this episode, I respond to a letter from a mom, who is concerned by her toddler son’s aggressive behaviour.

His behaviour is particularly aggressive around mom. Sometimes he throws terrible tantrums: he kicks, hits and tries to headbutt her. His favourite parent is dad currently, he often asks for him or his grandfather.

Listen to the podcast or read the letter and my advice below.

*The free membership that I mentioned in this video is currently not available.*

My son is two years and three months. He has such an awful temper- everyone says its ‘just boys’ or ‘terrible 2s’ but I'm worried it's something more as it seems way beyond this.

He's currently going through a major Daddy phase, where dad is very much the preferred parent. He is very affectionate with his dad and asks for him constantly when he's not there. He's not like this with me often - he says “I don't like Mummy” soon as he sees me in the morning or I come home from work (I work three full days - the rest at home with my son), and he rarely is affectionate with me. If no one else is there, we laugh at times, but I feel he would rather be with his daddy or his grandfather. He hits me - sometimes just when he first sees me but mainly when I am trying to get him to do something he doesn't want to do. He hits me repeatedly hard in my face in a rage. If I hold his wrists, he tries to headbutt or kick me and smirks at me if I tell him off.

I feel I’ve tried everything. We live in a flat and we have a ‘calm down chair’ in his bedroom for him to sit on for 2 minutes for a time out. But he just leans over and throws anything within his reach onto the floor (we dont have alot of room to move them elsewhere). I have tried talking to him calmly and telling him not to hit, tried cuddling him instead to curb his anger- makes him worse, I have tried shouting at him to startle him out of the hitting- he just does it more. I have even tried spanking once or twice (which I know is counter productive but was a last resort) and this has no effect either. I make a big fuss of him whenever he does anything good or surprises me with good behaviour- give him lots of over the top praise and he even has a ‘good boy’ sticker chart. This works for a short time and he seems very proud, but then soon as he doesnt get his own way its back to the incredible hulk child again.

I have just been trying to brush his teeth and he started with the hitting again, and as I’m at my wits' end with it and feeling quite rejected from weeks and weeks of him saying he doesn't like me - I just saw red. I very clearly lost my sh*t in front of him and was visibly angry - I put him on the calm down chair several times, but soon as I took him back to brush his teeth it started again. I didn't want to give into him and not brush his teeth at all! In the end, I was in floods of tears sitting on the floor feeling so completely out of control whilst he stood there looking confused (and quite guilty tbh).

Eventually, I did manage to brush his teeth and he said: “Why you crying Mummy?”- I told him he had been naughty which made me lose my temper and now I’m sad - he said “Sorry Mummy, it's alright, I’m okay now” and cuddled me and gave me a kiss. It made me feel awful and I said sorry to him too. He's gone down for a nap now and I feel like the worst parent ever for getting into that state and allowing him to see it. I rang my husband and explained what had happened whilst crying and he said: “That's not going to help - that will make him worse!”- which I’m obviously aware of and has made me feel even more guilty.

Any words of wisdom on my son's behaviour or tips on how to keep your cool with this sort of thing? Sorry for the essay.

Hi, This is Eva and welcome to Wonder Toddlers Podcast, where I answer your letters and I give advice to other parents on various forums.

First of all, you shouldn’t be so hard on yourself. Toddlers are very clever, cheeky little creatures, and as I read your letter several times, I have a feeling that you are the one who is doing the most: trying to figure out what’s happening with your son, looking for solutions and trying out different techniques. So, you should be proud of yourself, and you are not doing anything wrong.

As I said, toddlers are smart. What I mean is that they quickly learn how to manipulate people to get what they want. They observe parents, grandparents, siblings, teachers, everyone, how they react to their actions. They will sense a pattern and take advantage of it.

But, keep it in mind; it doesn’t mean that he loves dad more!

Sit down with your partner and agree on discipline strategies. You both need to follow the rules you set up and be consistent. Your son will soon realise that there is no difference between mom and dad; both of them act and react the same way.

Whoever starts the discipline, she/he needs to finish it, too.

Try to not undermine your partner's decision in front of your children. If your partner told your child, let's say "You can eat a little bit of chocolate after finishing dinner." and it upsets your child because he wanted to eat chocolate before dinner and runs to you complaining, you could say something like this "I understand that it upsets you, but if you find daddy's decision unfair, you need to talk to him."

When you disagree with your partner, talk to him later after the time of conflict. Try to solve it where your child can't hear it. Agree to disagree or come up with a solution that both of you like. Arguing doesn't help too much, so share your ideas and opinions what you would do differently next time and give your partner a chance as well to prove that his methods could work.

Handling toddler tantrums is not easy, so again, don’t be hard on yourself. I’m proud of you that you tried so many different things! Usually, parents keep repeating the same tactics, that doesn’t work. So, cheer up! When your son throws a tantrum, let him be. If he wants to be on the floor, okay, leave him there until he stops. Don’t move him, unless he kicks or throws things around him, and then you could take him to a corner and make him sit down on the floor, so it is harder for him to reach anything.

8 things you can try:

You don’t need to overpraise him. If he does something spectacular or things he has never done before, then yes. Praise him with kind words and maybe with an extra piece of fruit he likes very much. When something little happens, a simple ‘well done’ or ‘very good’ is enough.

I have to tell you that I don’t like using stickers or charts with toddlers. They don’t get the concept of it, it does not work, and it is just a plus work for you. I worked six years with toddlers, and our classroom was the only one, who never used sticker charts (only once for potty training, but I think even that was unnecessary) and our children were just fine!

Be a confident parent 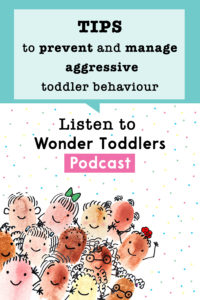 Eva
Hi, it's Eva and I am an Early Years and Parenting Consultant. Here, I am sharing my knowledge about child development and experience in teaching. Have a look around and follow me on SNS to keep in touch!
Previous article7 Tips to keep child-initiated play under control
Next article18 months old kicks, hits and throws things

Why toddlers get aggressive? Children’s physical aggression peaks between the ages of 2 and 4, this is why many parents and teachers call this period...
Read more
Education and Learning

How to Homeschool Toddlers During the Coronavirus Pandemic

How to homeschool toddlers during the coronavirus pandemic? I know that some of you are worried about your little ones' development and so I...
Read more
Education and Learning

What is the proper pencil grip? Is it the tripod grip that children should learn? If you have a toddler, you might be wondering what the...
Read more
Education and Learning

Improve Fine Motor Skills with Taste-safe Sensory Plays Autumn knocked on our door and we let it in with all the smiling and occasionally crying...
Read more

21 months old bites others for no reason

Biting at the age of 21months Hi, it’s Eva and this is the Wonder Toddlers Podcast for parents and early years teachers. Today we are...
Read more
Podcast

How to prevent and handle tantrums? Today, I share another tantrum related letter from a mom, who asked my advice on how to handle her...
Read more
Podcast

Tips and tricks: How to encourage your toddler to use the toilet at the nursery Listen to my podcast or read the transcript below to...
Read more